While much of the mysterious romance of the of Venice fades as the morning approaches, the culture and history are revealed in the presence of the brazen sun. High above, resting atop a pillar, we can see St. Mark’s winged lion watching us amongst the crowds.

Ahead of us is the Veneto Lagoon and to our left is the grand entrance of St. Mark’s Cathedral. The marble columns that flank the face of the cathedral range from an olive green to a deep rose – History claims the colorful, mismatched marble was stolen from Egypt! Not only that, but the body of St. Mark himself was not originally laid to rest here in Venice…his body was stolen from Alexandria - smuggled out wrapped in pork! After which, this area became named for the relic of his tomb.

The 6 bronze horses that stand guard are actually replicas as the originals that once stood here. The horses were (yet again) initially stolen by the Italians, and later from them by the French, and finally they were returned to Venice only recently! The originals are inside for safe keeping and preservation.

Moving toward the lagoon we arrive at a building made up of stunning ivory and pale pink stones, it is known as the Palazzo Ducale, or the Doges Palace. Upon entering, we arrive quickly at the airy courtyards within where the lack of fortification (of such a political building, specifically) speaks volumes to the power the Venetians once held. It appears as though they had no one to fear!

Walking through the palace we find that much of the stunning art could go unnoticed if one were to keep their eyes fixed too low – many of the beautiful painting and carvings are among the ceilings and domes overhead. I find it difficult to keep my eyes and mind still as I’m overwhelmed approaching the Grand Council Chambers – Shall I focus on the grandeur of the room itself with the carefully carved wooden chairs? The phenomenal view it affords me now (as it once did for the thousands of ruling elite that met here)? Or, do I allow my eyes to focus upon Tintoretto’s breathtaking, full-wall, “Paradise”? This bright and captivating 74 x 30ft canvas oil painting vies for my eyes to dwell on it. It begs me to stand before it in awe.

This is no mere structure. It is a living, changing piece of art. It is as if its right arm holds us in the palace, and its left drags us onward to the dungeon below – we are torn between the light and the darkness, and alas its mystery pulls us away.

Examining empty cells we imagine the prisoners who once lay, striped in the same dim light shining through the bars that we are now. Following the damp corridors up a narrow staircase that beckons us across the canal – away from the lavish beauty of the palace and into the mouth of the new (relatively speaking) prison.

Tiptoeing across this bridge, the infamous ‘Bridge of Sighs’, on feels just a minuscule bit of the despair the condemned felt as they took their last look at the free world. 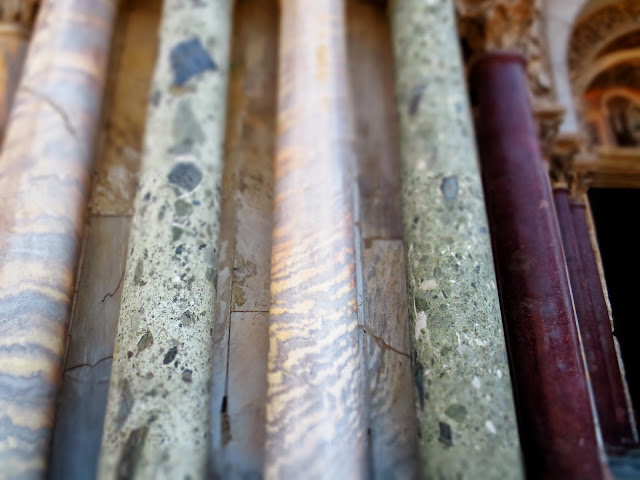 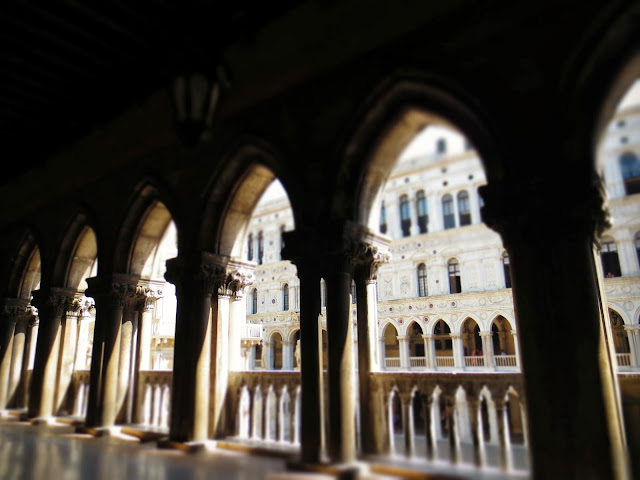 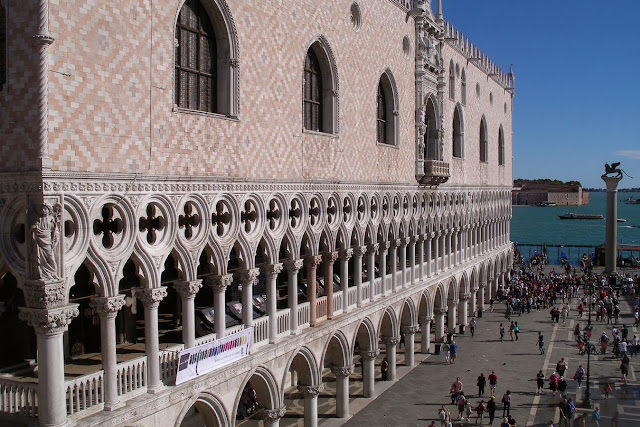 Posted by The Newlyweds at 9:15 AM